At the gates of Europe

I’m from a small village in Eastern Serbia, on the border with Romania. It is called Novi Sip. The Danube river separates the two countries with the Carpathian Mountains on the Romanian side and Miroč Mountain on the Serbian side. The Danube´s canyon consists of four beautiful gorges; the main one is called Iron Gate. The whole region is known for this. At the Iron Gate the Danube becomes one of the deepest rivers in the world. Already in Roman times there were intents to tame the river and make it easier to navigate. In the 19th century, as commerce and exchange between the region’s countries began to grow, it was necessary to solve the problem that the riverbed rocks and the rapids in this part of the Danube created for the ship companies. Austro-Hungarian emperor Franz-Joseph ordered the construction of seven canals along the Danube River, the most important one being “Sipski kanal”, the canal right next to my village. It had an engine that helped the ships navigate upstream. When Tito and Ceaușescu decided to build the Hydroelectric Power Station “Djerdap” in 1972 (the word derives from a Persian word meaning “eddy”), my old village disappeared under the water. My family and all other families from the village were forced to move to a new village that was built for them, Novi Sip – all their childhood memories were buried under the water. Most people thought it was worth it, though, since the “Djerdap Power Station” was to become the largest dam on the Danube and one of the biggest in Europe. This was going to bring them prosperity and strategic importance, they thought – and so it did, at least for a while.

Then Yugoslavia dissolved in a series of wars in the early 1990’s when I was about to go to school. An embargo was imposed on Serbia for its role in the war, so we all lived quite poorly. I remember my father taking the small motorcycle he owned and driving me to Romania, so we could buy school supplies and clothes. We even bought food, since our shops were almost empty. We also had a few Romanian friends who often crossed the river and brought us basic things we needed. Living close to the border saved us.

After the war, years passed and we never returned to Romania. On hot summer nights, I would sometimes lie on my bed and listen to Romanian music coming from a restaurant on the opposite bank of the river. The evening breeze would carry the sound to my window. It was nice.

Then I left my parents’ house and moved to the North of Serbia. After a while I left my country, in 2008. A year earlier, Romania had entered the European Union. Things started to change. When I visit my parents today I see how Romanians, from the other side of the border drive into our village and the nearby city just to buy basic things like food, cosmetics, clothes, or have lunch at a local restaurant. Things are cheaper now in Serbia, that´s why. Many have even started buying houses in my village too. I wonder what it is going to look like in few years.

For many people of my generation, the fact that Romania is now a part of the EU and Serbia is not, doesn´t mean a lot. It just doesn’t feel like the European Union really lies just a few kilometers away. Among my friends, many have never bothered to cross the border. I think this lack of curiosity is due to a prejudice held by many Serbians who think that Serbia is still better off. Partly, this prejudice is rooted in the fact that in the 1990’s many Serbians went to University in Romania, because it was easy: The corruption was high at the time in Romania and one could basically buy one’s diploma. This made the country look little serious in the eyes of many Serbs.

Despite all this, we share many things on both sides of the border. We have almost the same music and the same food. And, of course, there is the language. In my region of Serbia, people speak “Vlaški”, a local variation of Romanian. So does my family. My parents are bilingual. As for myself, I understand Vlaški, but I don´t speak it since my parents decided to only use Serbian at home. Vlaški was considered a language that only uneducated peasants spoke and somehow reserved for the elderly.

Nowadays there is also “Vlaska stranka”, a political party that fights for the rights of Vlachs in Serbia. They want the Serbian government to recognize them as a minority. The party also grants scholarships that allow students from my region to go and study in Romania if they join the party. I know many young people who decided to do this and who do see Romania as a chance for them and their future.

In this series I want to put a spotlight on an unknown region of the EU. Are the people and the villages they live in, on both sides of the EU-Border, very different? How has life changed for people since Romania joined the EU in 2007 – while Serbia is left outside?

The Serbian village I photographed, Manastirica, is a village close to my native village. Manastirica is actually slowly vanishing, in part due to the fact that many people moved to Austria and other EU-countries. This year for example, they had to close the school because there are only few children left; as my photographs show, mostly elderly people live there.

I wonder what the situation is in the Romanian village in that regard. Do they face the same challenges? Is Gura Vaii also dying out? When I was there I saw that the village was underdeveloped and that many houses were abandoned. Maybe younger people are moving to the nearby city, Turnu Severin that has changed quite a lot. I remember going to Turnu Severin as a child with my father. I seemed so grey and old to me at that time. I remember the smell; there was this particular smell, of naphthalene on some people´s clothes. I disliked it. Maybe that´s why I only returned there 20 years later, to discover that the city now has many new building and shopping centers and that is doesn´t look so grey anymore but actually quite colorful. Kladovo, the city on the Serbian side has as well changed but not so drastically. It just got tidied up but nothing major has changed there in years.

Through this project I try to better understand the place I come from. It raises the unanswered question about my identity. Is my family Serbian or Vlach? Who are Vlachs? Are they on the both side of the river? I feel that we never spoke about these important questions, not in my family nor with my friends as if it was some kind of a taboo. I don´t know was it due to our communist past where all the differences had to disappear. Maybe.

This project also grants me a chance to reflect what kind of effect a border, like the EU-border between Romania and Serbia, has in real life and with regards to real people. Has the Romania´s entry to the EU changed the relationship and lives of people from both sides of the river connected many centuries ago by one of the most famous bridges in the Roman Empire, Trajan´s Bridge? If Serbia joins the EU, how will that change the way people interact in this region? What if Serbia finally doesn´t join the EU- will they become nationalists on the Serbian side? 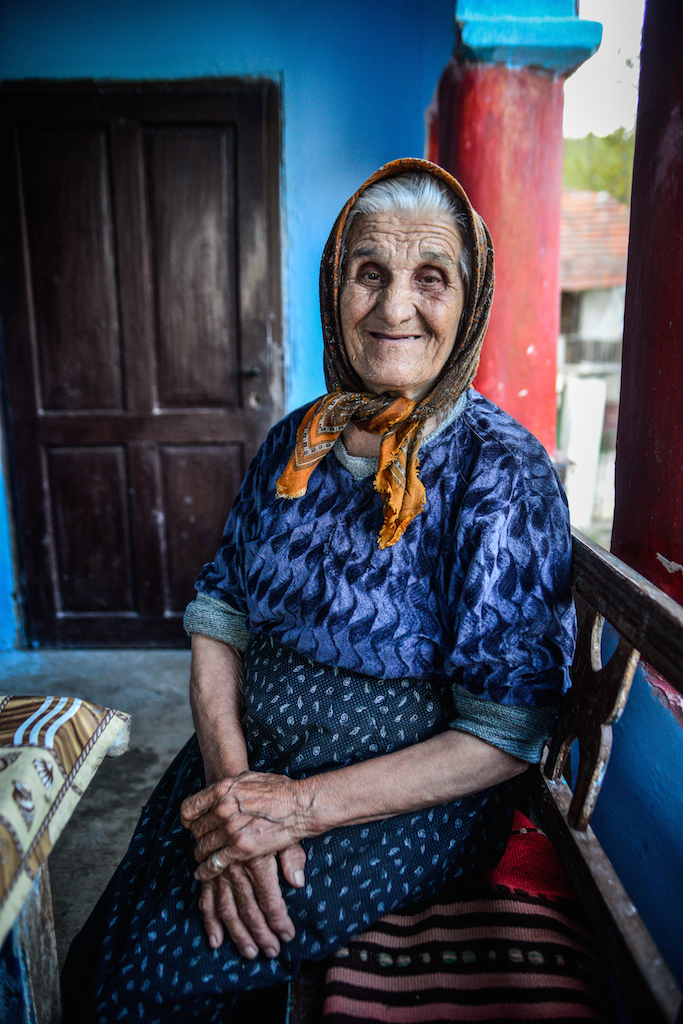 About the Author: Mia Marinkovic